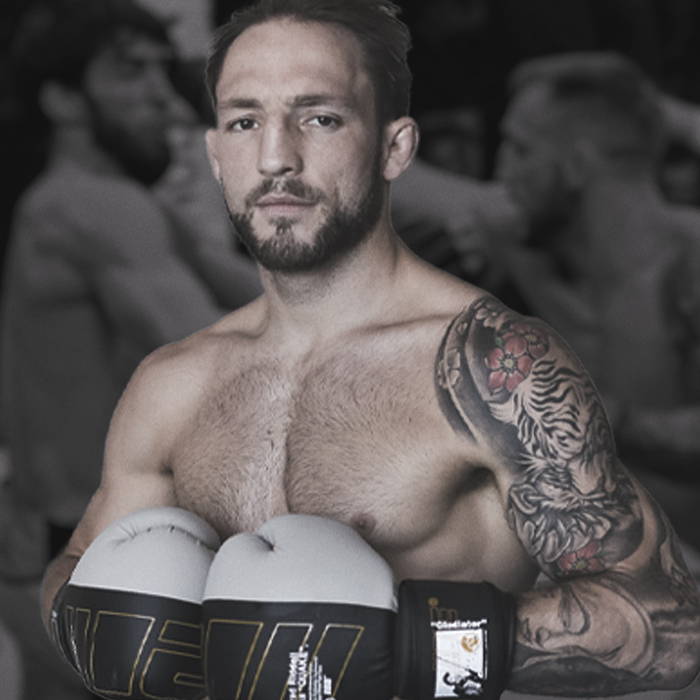 Brad ‘The Quake’ Riddell is a New Zealand-born mixed martial artist and kickboxer. Brad is known as a Modern Day Gladiator due to his dedication, work ethic and mentality towards the fight game. He trains at City Kickboxing and has proved himself to be a force to be reckoned with, currently ranking at spot #14 in the lightweight division.

Brad was born in Christchurch, New Zealand. From a young age, he was a natural athlete. Prior to fighting, Brad competed in various sports from athletics to rugby, though that all changed when he discovered Muay Thai as a 14 year old and became instantly hooked. While searching for "Best Muay Thai Fighter" on YouTube, the teen stumbled upon Buakaw Banchamek. Brad was inspired by Buakaw and credits his start in the sport to the Muay Thai superstar.

Brad ‘The Quake’ Riddell has transitioned to MMA, with a 10-2 pro record, making his UFC debut at UFC 243 in Melbourne where he was victorious and took home Fight of the Night honours.
Brad Riddell consistently showcases his excellence as a true fighter, keep an eye out for his next bout, you won't want to miss it.